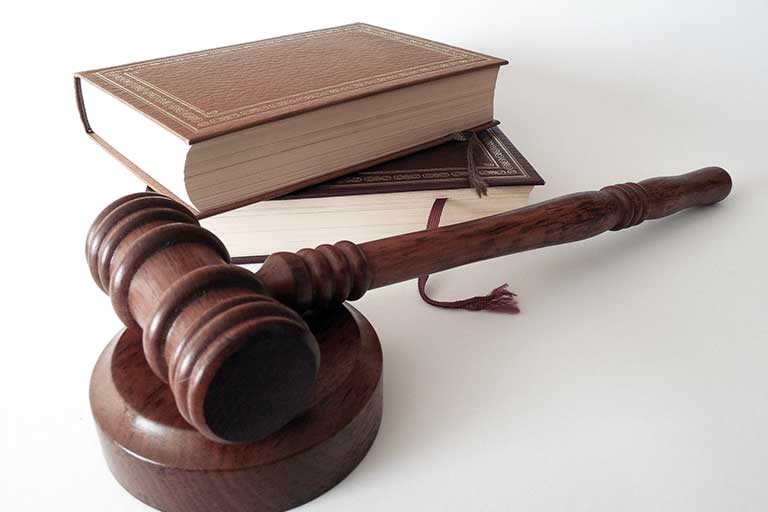 Together 11 undertakings were fined over €1,469 million, with the Commission commuting €1,926 million (or 57%) in fines under its leniency and settlement procedures before any appeals (Table 1 and Table A list the fines by infringement and addressees respectively).

In the absence of leniency and settlement discounts the fines would have been around €3.4 billion or 130% higher than they were.

Commission’s investigation commenced in September 2013 and is continuing for other past infringements.

The Commission fined six car part suppliers a total of €368 million for two separate infringements in the Occupants safety equipment II adding to its previous infringement decision published in 2017. The products involved were seatbelts, airbags and/or steering wheels supplied as components for passenger cars produced by the VW Group and BMW Group.

In late November the Commission fined three undertakings a total of €31.6 million for participating for over 13 years in a cartel supplying canned vegetables to retailers and food service companies. They set prices, agreed market shares and volumes quotas, allocated customers and markets, coordinate their tendering and exchanged information.

The aggregate fines per decision or infringement are a misleading guide to the severity of the punishment as the number of undertakings involved and duration of their infringements differ. For example, the aggregate fines for a cartel with six undertakings operating for six years  does not indicate the severity of the fines imposed on individual members of the cartel when compared with a cartel operating for 15 years with nine undertakings. To adjust for the number involved in and the duration of a cartel the fine-per-cartel-year has been calculated, which is the total fine divided by total of number of years the firms collectively participated in the cartel. The last column of Table 1 gives the fine per cartel year which varies from €58 million for firms participating the ‘Three way banana split’ cartel to a low of less than €1 million for a firm participating in Canned vegetables.  The average fine per cartel year was nearly €27 million.

The Commission also re-adopted the Reinforcing steel bars decision fining five producers (AlfaAcciai, Feralpi Holding, Ferriere Nord, Partecipazioni Industriali (Riva Fire) and Valsabbia Investimenti/Ferriera Valsabbia) €16.1 million for the companies’ participation in a price-fixing cartel between December 1989 and July 2000. The Commission exceptionally reduced fines by 50% for all five companies due to protracted nature of the appeal proceedings  which commenced in 2002 (around 16 years ago) which was not due to the companies involved.

All infringements were detected by a full leniency applicant. These whistle blowers collectively avoided fines of around €705 million.

In addition, the partial leniency applicants received discounts of between 10% and 60% which reduced their fines collectively by €958 million.

In total the leniency programme “saved” cartelists, or “cost” the Commission, €1,926 million in commuted fines in order to expedite the Commission’s investigations and to gain successful prosecutions.

These reductions in the nominal fines calculated under the 2006 Penalty Notice were greater than the fines imposed by the Commission.

All three settlements led to further 10% or €263 million reduction in fines.

The number of Commission decisions was similar to the previous year with three decisions fining five cartels.

A comparison of total annual fines and the average fine per undertaking since 2010 are shown in Figure 1.  Total fines were considerably greater than those imposed in 2018 – €1,469 million compared to €800 million.  The annual aggregate fines for 2019 were the second largest over the last decade.

The average fine per undertaking increased to €133 million from €28.2 million in 2018 (Figure 1) largely the result of the high fines imposed on members of the FOREX cartels.

The average fine-per-cartel-year rose significantly from €1.9 million in 2018 to €27 million.

The Commission undertook two ‘dawn raids’ in 2019 (Farmed Atlantic salmon, Alliance Casino & Intermarche), commenced proceedings against the Car clean emissions technology cartel and issued a Statement of Objections to those alleged to have participated in the European government bonds cartel. Table 2 lists these and the stages reached by previous publicly announced on-going investigations.

The Commission’s  Statement of Objections in the Car clean emissions technology investigation of BMW, Daimler and VW alleges that they colluded by agreeing to limit the development and roll-out of emissions cleaning technology for new diesel and petrol cars over the period 2006 to 2014.  The Commission’s Press Release states that the ‘harm’ as ‘restricting competition in innovation’ ‘and in doing so, denied consumers the opportunity to buy less polluting cars’.  This is not a classic price-fixing cartel with the Commission bringing the action under Article 101(1)(b) i.e. an illegal ‘agreement’ ‘to limit or control production, markets or technical development’. 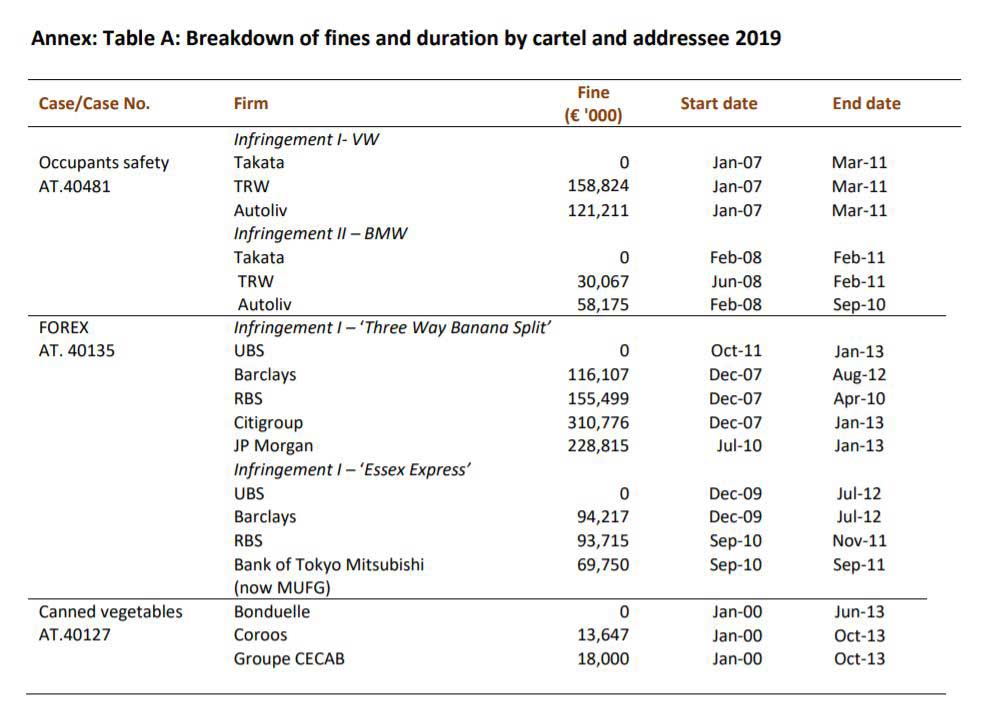 * Disclaimer: The analysis in this paper is based published European Commission decisions and/or Press Releases at the time of writing which do not necessarily contain full and/or consistent information on the factors discussed.